I recently returned from a visit to Cuba. It is a beautiful country full of fascinating people and a complex history. The eight days went by quickly; we didn’t have near enough time to gain a deep sense of the culture and spirit of the country. But what I encountered during our time was a people with a great sense of national pride and deep reservoirs of creativity, resourcefulness, and resilience. I was often inspired by the people and often disturbed by the history.

Whether the instinct was formed by propaganda, a memory of pre-liberation life, nationalist loyalty, or some combination thereof, the people we met recalled the revolution with a sense of nostalgia and volunteered very little critique of the current regime. There is part of me that can feel the romance and hope embedded in the narrative of ragtag revolutionaries, smoking cigars in the mountains and organizing the forgotten rural folk into a force that could overtake a dictator backed by first-world powers. After all, I have a sense of admiration for the American revolutionary underdogs and how they liberated themselves from the British Empire with common folk, educated elites, and stubbornly held ideals. Is that a fair comparison, though? The United States has its share of dark history and human rights abuses. The Cuban people live under the heaviness of the embargo and in the shadow of Guantanamo Bay. However, seeing the adoration of Fidel Castro across the nation was difficult for me to swallow, in light of his record of repression, deceit, violence, and human rights violations. I recall stopping in my tracks at the sight of a poster of Fidel wielding a machine gun posted in…a doctor’s office. Perhaps to some, however, this actually makes sense. Because of Fidel and the revolution, there is universal health care. Health care and education are available to all people, for free. Homelessness has been virtually eliminated and literacy rates are among the best in the world. The beautiful beaches and natural resources of the nation are not accessible to a wealthy few but enjoyed by all. Like most things, the history and spirit of the Cuban revolution is complicated. And besides, as one professor reminded us, it is more fruitful to compare and contrast Cuba with other Latin American countries, not North American nations.

Perhaps the darkest time in recent Cuban history was the “special period.” The special period refers to a time in the 1990’s after the Soviet Union fell. The Soviet Union had been subsidizing the golden era of the Cuban revolution so their downfall brought about a collapse of the Cuban economy and government programs. The people were forced to endure a period of great lack, surviving on stunningly small amounts of food, fuel, and energy. Through our visits and dialogues, it became clear that this period was not only deeply difficult but profoundly formative for those who lived through it. One might assume that living through that era would drive the people to hate their country and leave, never to return. Indeed, many did leave, escaping their desperate situation with desperate measures. But the people we talked to recalled how the special period brought out the inner resources of their families and communities. It revealed the spirituality present among the people and the reservoirs of creativity and resilience that I mentioned. Moments of joy and humor also helped make everyday life bearable. One other virtue was named again and again that allowed the people to survive that period of lack and loss: solidarity.

The Cuban culture is much less individualistic than ours in the United States. With their sense of solidarity, they could not imagine having excess while their neighbor did not have enough. If they had two loaves of bread and their neighbor had none, it would be unconscionable to keep them both. They could not use extra hours of energy while other children in the community were overheated and needed the relief of an electric fan. And so, while the government was unable to meet the people’s needs, even through the rationing, local communities shared and came up with creative solutions. One practice that stood out to me was the creation of “community kitchens.” In these community kitchens, each person or family would bring what they had and took what they needed.

As I listened to these stories, it struck me that I was hearing a 1990s Cuban manifestation of the story of Jesus feeding the multitude. The people were recovering abundance in the most desperate circumstances and isolated locations. They brought what they had in a spirit of solidarity, offering it to God and the community, and there was enough for everyone. Miracle of miracles, there was enough. Their living parable reminded me that while financial capital and physical resources matter greatly, what matters most is the social and spiritual capital of the people. The abundance of community and right relationship is what will help human beings survive and thrive in dark times.

So many people we talked with recalled the special period with a paradoxical combination of pain and positivity. It also inspired a concern about the younger generation who lived through neither the revolution nor the special period. The concern was that the spirit of solidarity and community was being lost. The younger generation was shaped more by consumerism and individualism. Many just wanted to leave the country and live out their personal dreams in America or somewhere else in the world. 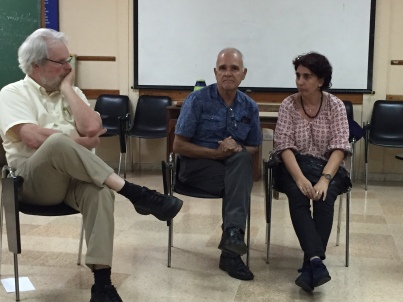 Concern for community and country was an obstacle to them living the life of wealth and mobility they desired. They offered criticism but were not willing to work for change by staying, serving, and striving.

I empathized with these concerns because they are concerns I share about American communities and people living within rural regions. Commitment to community and country seems to be eroding under the ever-stronger forces of individualism and consumerism. Young people are leaving rural communities for lack of interest or opportunity, resulting in a “brain drain” phenomenon and the hallowing out of Middle America. Sociologists like Robert Bellah and Robert Putnam have traced the decline of participation in civic and voluntary associations. Agrarian voices like Wendell Berry have lamented the loss of local knowledge, healthy communities, and connection to land and family that have resulted from globalization and industrialization. I feel it and I see it.

Don’t get me wrong, I am not shaming those who sought a new life in America. Their courage inspires me. Their dreams and stories and gifts enrich our country. People long for freedom, opportunity, and self-determination. Many things about the Cuban system are in profound need of change and those injustices need confronted. I do not blame those who seek to escape and build a better life for themselves and their families. My opinion is that the Cuban government should unleash and harness the entrepreneurs within the country ready to renew their communities in wonderful ways. My point is that the trends of radical individualism and consumerism are widespread and threaten to destroy the virtue that opens us to miracles: solidarity.

Wherever our political persuasions or national systems fall on the communism-capitalism spectrum, we can all cultivate a spirit of solidarity.We can learn to see the gifts and assets of our communities. We can offer what we have to God and community. We can find creative, local solutions to problems. We can root ourselves in a particular place and seek healing and transformation over the long haul. We can develop social and spiritual capital through shared practices of civic engagement, celebration, enterprise, and worship.And that would be a revolution I could get behind. 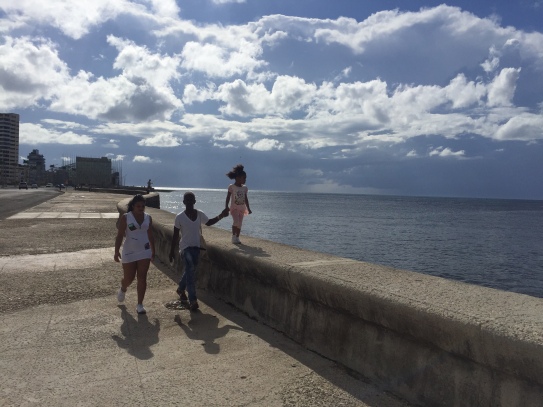